Home / News / What role does the ski pole play when skiing

What role does the ski pole play when skiing

In many ski equipment, ski poles are not as important as ski clothes and snowboards, but its role cannot be underestimated. What role does the ski pole play when skiing?

The role of ski poles when skiing is:

1. When the ski is standing on the snow, the ski poles should be supported in time to help maintain balance.

2. When the speed of the snowboard is not fast, the ski poles support and accelerate.

3. When the snowboard turns, the ski poles cooperate with the extension and point the lead to promote the effective conversion of body weight.

4. The ski poles support and propel the skis during mountaineering and long-distance travel.

5. When the snowboarding stunts show, the ski poles will also dance and participate in the beautiful modeling.

After understanding the role of ski poles in skiing, how to properly point the pole in turns. 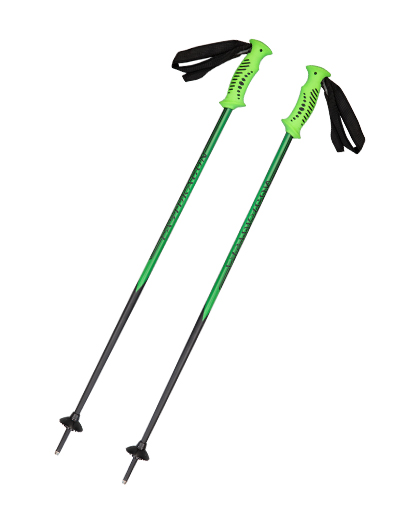 When skiing, ski poles often need to use the method of point poles when turning to help control balance and guide the body forward.

1. Before or after crutching, the hands holding the crutch should be controlled at the front and outside of the waist. It is normal for the stick and tip to fall behind the body, but it should also be brought to the body as soon as possible and be prepared to point the stick.

2. The position of the wand is usually on the inner side of the snowboard when turning, and the outer front side of the front of the fixture.

3. The force of the cane comes from the forearm and the wrist. Do not use the upper arm to point the cane, similar to the feeling of nailing a nail with a hammer.

5. After you point the cane, the hand cannot be withdrawn backwards and downwards, and the running direction should be basically the same as the camber direction of the upper body.