Carabiner buckle is not only used for sports, but also has a very powerful function in daily life. 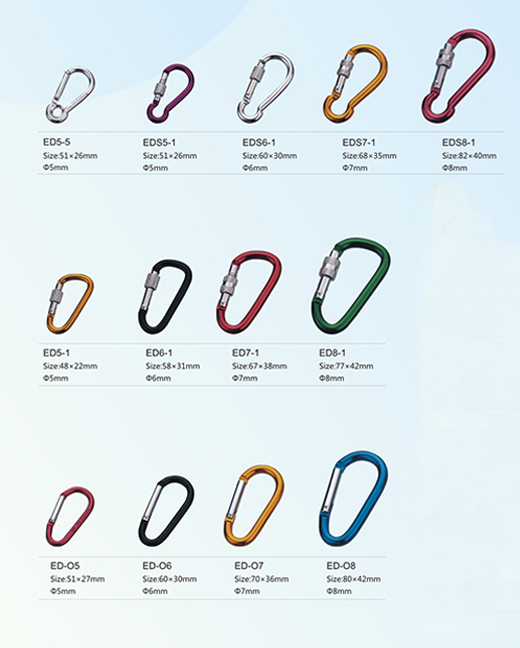 Dog owners must often take the dog out for walks, and often encounter the need to tie the dog, but if the rope is tied, it will be more troublesome to untie it, but if you add a climbing rope to the end of the rope Buckle, then things will become much easier.

You usually need to carry a water bottle when you go out in summer. It can be inconvenient to hold it with your hands, but if you have a carabiner, you can hang the bottle to make it easier to carry.

The third trick: tidy up the rubber band

Sometimes one or two rubber bands don’t feel messy, but if it’s a pile of rubber bands, it will look messy. At this time, if there is a carabiner buckle, you can string all the rubber bands together. It has become neat and convenient to use.

The fifth trick: fix the plug and socket

The junction of the two extension cord plugs is easily torn apart, but after adding a carabiner ring, they can be firmly fixed.

Add a carabiner ring to the flashlight, which can be hung on the outside of the bag and it is much more convenient to use. This method can be used on things that are commonly used and difficult to find.

Seventh trick: use as a corkscrew

When you want to drink and cannot find a corkscrew, the carabiner can also be used as a corkscrew.

0
PREV: What is the difference between cheap and expensive outdoor trekking poles? Remember to try the length when buying trekking poles
NEXT: Alpine Pole Length - Women's Alpine Skiing Bands